Vocationally, I am a civil engineer, now serving at the Chief Engineer of the Kansas Division of Water Resources (DWR). 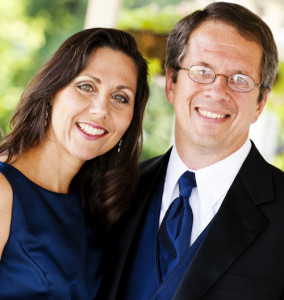 I graduating from the University of Kansas with a Bachelor of Science in Civil Engineering in 1978. Following graduation, I worked three years in consulting in Minnesota and three years in a developing nation of southern Africa as a water resources engineer.

In 1984, I returned to Kansas and joined the staff of DWR, where I have been since. I earned a Master of Science in Water Resources Engineering in 1991, also from the University of Kansas. From 1992 until 2007, I led our technical team working on matters related to Kansas’ interstate water issues, primarily involving disputes over the Republican, Arkansas and Missouri rivers.

In June 2007 I was asked to serve as acting chief engineer when our Chief Engineer of 24 years retired. During November 2007, I was appointed the permanent Chief Engineer. I am only the fifth Chief Engineer to serve Kansas since the Division’s inception in 1927. See http://agriculture.ks.gov/divisions-programs/dwr for more information on our work.

I live with my wife of 34 years, Cathy, in Lawrence, Kansas. We have three grown daughters. The first two graduated from college in 2007. Betsy spent two years teaching in the Philippines, and on her return to the U.S. spent time subbing in area school districts and tutoring. She is now a wife, mother, and part-time piano instructor and tutor. Amy taught elementary music in the Topeka school district for 4 years and is now building a piano teaching business. Megan graduated from Washburn University in 2011 in music and mass media.

Among other things, as evidenced by these pages, I have taken in interest in eating well and improving my physical fitness as well as managing our personal finances and investing.