Below is an overview of 2 vacations we currently (2/26/2022) have for sale just south of Branson, Missouri on Table Rock Lake at the Blue Green Resorts.   For more details, see the linked PDF files for each of the vacations as well as the resort links below. 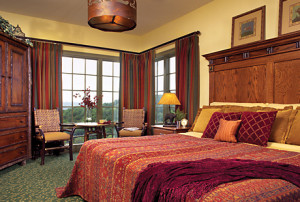 The first vacation at the Wilderness Club at Big Cedar during KU’s spring break.

For more on the Wilderness Club at Big Cedar, see: https://www.bluegreenvacations.com/resorts/missouri/wilderness-club-big-cedar

The second vacation in June is quite different.  The location is nearby at the Cliffs at Long Creek, also on Table Rock Lake just south of Brandon. The dates are June 12-17, 2022. 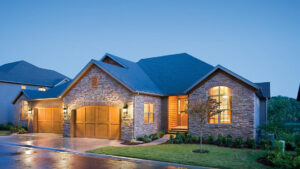 The accommodation is an elegant and spacious 2-level home that features five-bedrooms and sleep up to 13 people, making them ideal for a family reunion or a multi-family vacation. On the main floor, you’ll find a master suite with a walk-in closet and whirlpool bath; a kitchen with full-size appliances and breakfast nook; a great room with a 55-inch LED TV and dining area; laundry room; covered porch with patio chairs; and a two-car garage. Downstairs, there’s another master suite with king bed, walk-in closet and whirlpool bath; a family room with a queen-size sleeper sofa, 42-inch LED TV, pool table and bar; screened patio with dining table; and a state-of-the-art media room with high definition DLP projector and 92-inch screen plus a theater-style speaker system.

COVID Note: The resort has the following information on their web site on COVID restrictions: “Amenities Open Include: Pool with certain restrictions, fitness center with social distancing. See the following page for more including a video on their COVID precautions. Expect to wear masks in most public spaces:  https://www.bluegreenowner.com/featured/Travel-Advisory.”

If you need another date or location, contact us and we will see what we can do.

Yesterday, July 4, 2015, the last of the Navajo “code talkers” died. I listened his memoir, titled Code Talker: The First and Only Memoir by One of the Original Navajo Code Talkers of WW II, couple of years ago. Here is my review of this worthwhile book, speaking of his sacrifice and contributions.

Chester Nez shares his story of growing up near a Navajo reservation of New Mexico. He pursued an education to better himself but the education provided was designed to suppress his native language and culture. Fortunately, it did not succeed. The very complex and unwritten Navajo language proved the basis for an efficient and unbreakable code that saved 1000’s of American lives and sped the end of World War II.

While the story of the Navajo “code talkers” is history, this book is not a history book, providing little of the larger picture of WW II or even Navajo life. Instead it is one’s man’s view of these realities that he and others faced on the reservation and the battlefield. While I appreciate hearing his story in his words, restricting the story to his experience reduces the depth of the story.

Chester shares unapologetically of his Navajo upbringing, with its focus on balance and harmony with nature, and its impact on his attitudes and actions. He shares also of the mistreatment he faced which also prepared him for the sacrifices he faced in the war. Yet he does not dwell on these scenes much.

While I found the pace of the book slow at times, it is a story worth reading. While the book differs from others, it was for me another story of the “greatest generation,” of those that lived through the very great challenges of 1930’s and 40’s, doing what they had to do. Despite the prosperity and ease of the day, I am prone be ungrateful and complain when I have less of these things than others or when work or life expects more of me than I would like. I find stories like this help me get over myself and move on with life.

During January 2014 a Facebook friend said she just got a new android phone and wanted recommendations for apps. So here is a list of 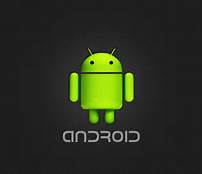 many of the apps I use regularly on my phone. I will update it from time to time. Like ios, some many options.

But first, a link to recommendations of Lifehacker,

Tablet apps (not mentioned above)

The story of a legendary submarine and her courageous crew

“Today we have devalued terms like ‘hero’ and ‘courage,’ applying them loosely to athletes with multi-million dollar contracts and movie stars whose feats are no more than celluloid fantastic. The destroyer we launch today [celebrates] a genuine hero from an age when heroism truly meant something.” Congressmen Tom Allen honoring Captain O’Kane at the dedication of a ship in his honor.

I just complete listening/reading to this book that chronicles the extraordinary WWII heroism of the crew of the USS Tang, the deadliest submarine operating in the Pacific. It is the story of their accomplishments, of the sinking of their sub, of the escape of some them from 180 feet below the surface, and their survival of torture in a Japanese concentration camp (I confess I skipped the section covering their time in the concentration camp).

The book left me with a greater understanding of the price paid by many for the freedom we have and therefore a greater appreciation of it. The book challenges me to live a life that honors their sacrifice, using the freedom they paid for to live well. I hope I will complain less as well, as my trials here are small compared to what they enduring with honor.

I wonder why this tale has this never been made into a movie?

In contrast, last night Cathy and I watched the movie “The A-Team”, a fictional story of a group of four Special Forces type-men who do special assignments to protect U.S. interests. While amusing, it is also predictable. The men come out of impossible situation after situation without significant injury and succeed in their impossible mission. There is little suspense as you know the end, except for some of the particulars, in this case, who is the bag guy(s). While amused, that was the extent of the gain for the watching.

Real life is another thing. Not a fun read but there is gain as mentioned above. The book did not win a Pulitzer Prize but it is written well enough and a compelling story.

Recommended to check out the library for a real or listen.

From Publishers Weekly – Popular historian Kershaw (The Bedford Boys) chronicles the extraordinary WWII heroism of the crew of the USS Tang, the deadliest submarine operating in the Pacific, in this spellbinding saga. The Tang’s captain, Cmdr. Richard O’Kane, was a celebrated maverick whose contempt for the enemy was absolute. He was END_OF_DOCUMENT_TOKEN_TO_BE_REPLACED

Last night, Cathy and I watched a movie called Temple Grandin. A delightful and very well done movie about an autistic girl and her mom and their work to help her find a meaningful place in society, which she does.  It is a story of a gifted mind that is over stimulated by her sense of the world and that does not know how to act in society resulting in ridicule and struggle. In a day when autism was little understood, they overcome with help of others along the way. It brings encouragement and challenge into our “normal” worlds as well. There is also insight into the animal world as well.

A movie I recommend and I will buy so I can watch it again from time to time.

Editorial Reviews – Amazon.com – It doesn’t take long to see that Temple Grandin, the main character in this eponymous HBO movie, is, well, different–she (in the person of Claire Danes, who plays her) tells us before the credits start that she’s “not like other people.” But “different” is not “less.” Indeed, Grandin, who is now in her 60s, has accomplished a good deal more than a great many “normal” folks, let alone others afflicted with the autism that Grandin overcame on her way to earning a doctorate and becoming a bestselling author and a pioneer in the humane treatment of livestock. It wasn’t easy. The doctor who diagnosed her at age 4 said she’d never talk and would have to be institutionalized. Only through the dogged efforts of her mother (Julia Ormond), who was told that “lack of bonding” END_OF_DOCUMENT_TOKEN_TO_BE_REPLACED